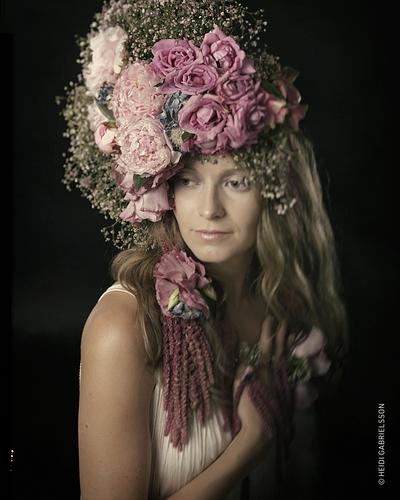 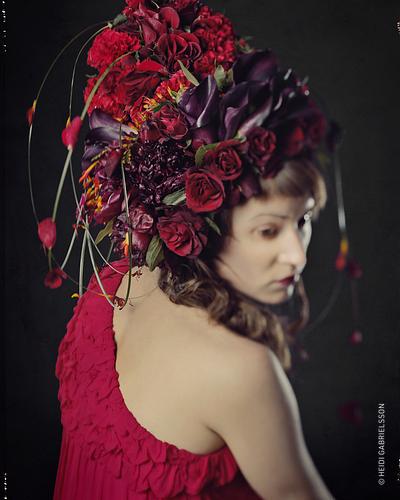 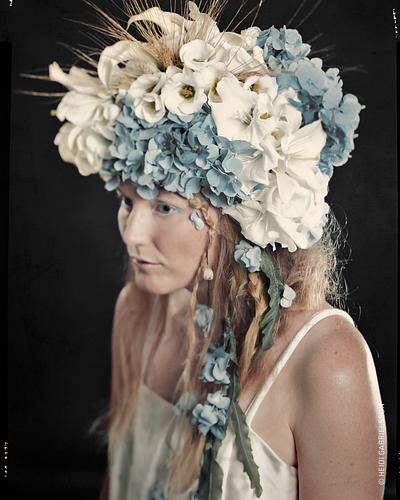 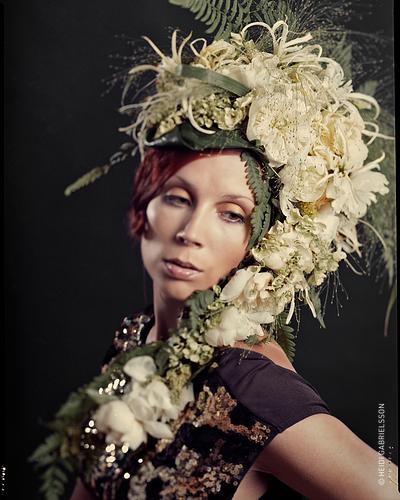 I was inspired by Alphonse Mucha’s Precious Stones color lithographs from 1900 and made my own version of it — it became a series of four images of women with heads blooming. Each woman represents one precious gem. The flowers are a metaphor for the bloom of a woman’s mind.

I took the pictures for this project on a sheet film with a large format film camera. The camera mechanics allowed me to play with depth of field in a different way than is possible with a regular camera — elements at the same depth can be selectively focused. After designing the floral concept, the final implementation of the flower headgear was made by the brilliant floral artist Sirkkis Rajahalme. The project was my last chance to use a large format film camera in a studio that was just closing its’ door after 30 years of work. I was also using a film that was really hard to find anymore. Actually, we had to cut the film in a darkroom to fit the cassette, because it was wrong size — the size that I needed didn’t exist anymore. Markku helped me, no analogue photography method was too complicated for him. You can also see some black and white polaroid sketches of these images in my Everything Floral gallery. For many reasons, this project stayed unpublished for almost twelve years. Now it’s here for you to enjoy. ”Precious” is for me a special, small, experimental yet... well, precious project.